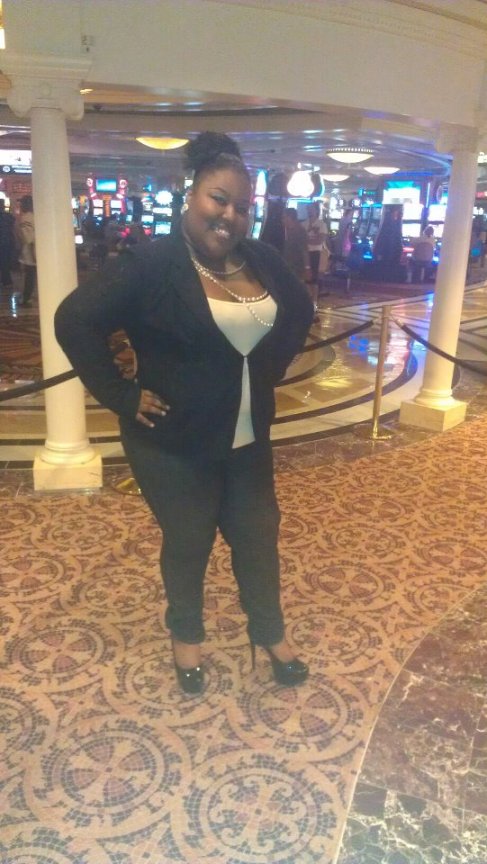 Jazmyne Courtnii Byrd was born and raised in Cincinnati, Ohio. She attended Woodward High
School where she graduated in 2004. She went on to further her education at Central State
University graduating in 2009 with a Bachelors of Arts in Psychology. She relocated to the
Washington, DC area in 2009 post graduation where she currently resides. She is a contributing
writer for several Magazines including Kingdom Voices, Boss-EMag, Exude, Beautifully Said
and Queen Size Magazine in the fields of Entertainment and Plus Size Fashion.

2012 was major
turning point in her life in addition to writing she joined the team of CurvesRockWeekend who
put on the first “Plus Size Fashion Show” in the DMV she served as the Marketing Coordinator.
Also in 2012 she became the Associate Editor of Ice Media Network were she oversees the
contributing writing staff and works closely with the creative team to acquire talent for the
magazine.A strong believer in giving back she has volunteered with Capital Cause literacy
campaign and Study Sparks as a volunteer tudor. An occasional Model she uses her Plus Size
Figure to encourage and uplift Plus Size women everywhere. She is currently in the process of
obtaining her Master’s Degree in Clinical Psychology at Howard University. She may be reached
on twitter @divah_j , Facebook and LinkedIn @ Jazmyne Courtnii Byrd.