a Miami native, born and raised in the heart of Liberty City, one of Dade County’s most notorious communities. the youngest of seven children was raised by a strong mother who filled both parental roles. Following her example, Jada has never been one to back down from any challenge. As a child she started singing and writing lyrics to escape the violence and depression of the projects. she discovered that she had a gift and a love for music. Growing up Jada had many friends who had to drop out of school because they became teen mothers. Having an absentee father Jada was statistically more likely to go down that same path, but she chose to focus on her education. she has gone from the ghetto to graduating from Bethune-Cookman University (B-CU) with her bachelor’s degree and she is poised to conquer the music game. Much of her music has been influenced by  upbringing and by artists whom she have admired. Some of jada’s musical role models include Toni Braxton, Whitney Houston and Lauryn Hill. she  has used these women to mold her own unique musical style.

I am a triple-threat, a mixture of hip hop and R&B, thoughtful lyrics and a dynamic

Throughout the years, I have written hundreds of songs and poems and am finally following my passion for music full time. I am more ready than ever to change the game. Over the past year I have dropped three mix tapes which you can download on datpiff.com. You can hear me rap about empowering women on the female anthem “Michelle Obama,” while also singing about overcoming haters in the powerful ballad “I’m Coming”. This unsigned artist is performing at no less than three venues per week in and around South Florida. I performed at ‘Peace In the Hood’, which is a musical event that promotes non-violence in inner cities. Earlier this year I headlined Martin Luther King Jr. parades in Homestead, Dade County, & Hallandale. I also competed and won the MLK Jr. Breakout Artist of 2012. Talented yet persistent, confident but humble; I am at the top of my game and more driven than ever. Once you hear me sing or watch me perform you will recognize my tremendous talent. In 2013, I, Jada Blaze, am about to ‘light’ up the music industry! 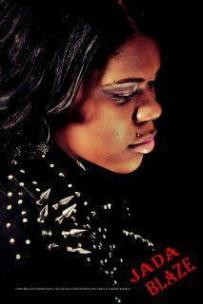