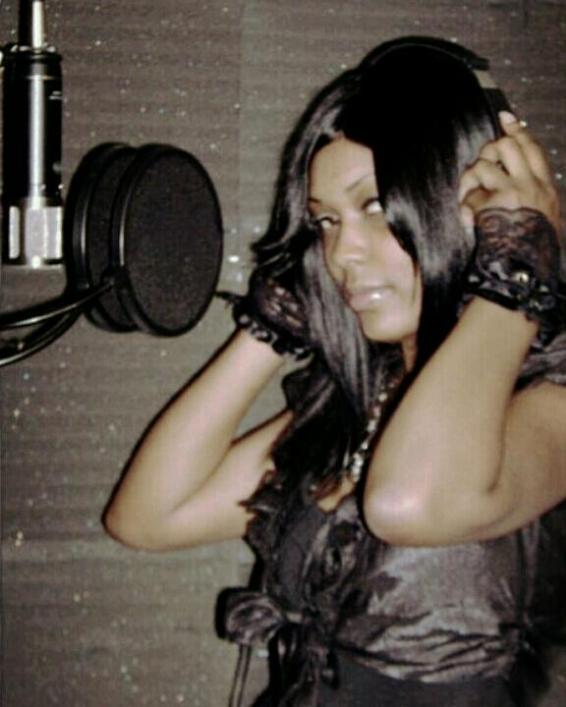 Born March 7 in Flint, Michigan, Lateasha “Jhyce Luvvit” Allen is a Michigan rapper known as “The Queen of the Midwest”. Growing up in Flint Jhyce, whose name came from her childhood nickname ice, started rapping at the young age of 7. Inspired by her father’s love for music, she remembers riding in the car with him as he had his speakers beating the latest rap artist. From that moment Jhyce knew she had a love for the rap game and that music had a special purpose in her life. After her father moved to Florida, Jhyce’s mother had to raise her by herself to the best of her ability. Regardless of raising her alone she was determined to instill hardwork, independence and honesty into her daughter. With these gifts from her mom Jhyce has grown to be not only independent and hardworking, but dedicated, confident, self-motivated and very strong. She understands that the game is a hard one to play due to the dominance of the males, but she refuses to allow anyone to stand in the way of her dreams.

Always working on new music and ideas, she is determined to be one of the best female artists of her generation. With her versatile style of rapping and writing, Jhyce has worked with many different producers and talented artist. Her first mixtape released titled “No Money No Reason” was hosted by Flint’s own DJ Substance. With her recent release of her new singles “Anamae” & “On tha Go”, Jhyce is showing the rap game what the roar of a woman can do and proving she can go neck to neck, toe to toe with male artists. Jhyce recently released her first street album titled

D/L “I am Michigana” on ITUNES

She plans on making a name for herself in history as the hottest female rapper born in the 90’s.
“If you really want it……you got it” ~Jhyce