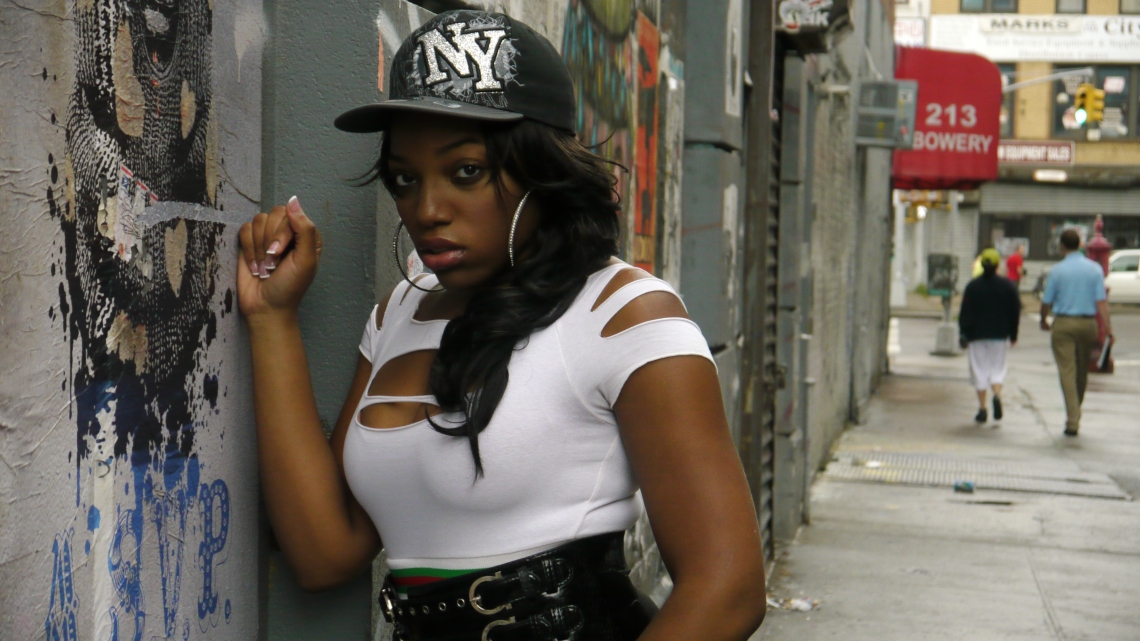 In a world where emerging artists are constantly given advice to stay in their lane and maintain creativity, Tamara has been granted a permit to serve her soulful melodies to the masses on a platter of music genres. She reigns in the independent music realm as the Pop, R&B, Jazz and Hip-Hop singing sensation that has also been known to spit a few bars, act and model.

Tamara was born in Brooklyn, NY with a beautifully strong voice that could easily pierce a rowdy crowd and calm them to listeners, admirers even. She started singing in her church choir at age 3, but by the time she was 7 and old enough to learn lyrics, Tamara was a self proclaimed singer, actress and director! Dancing and singing around while her younger sister filmed she was no stranger to the camera. Oddly enough she was shy and knew that was a hurdle she had to overcome. “The weird part about it, was that I was soooo quiet and reserved in public and then at home I was getting in trouble for making too much noise all the time. I had to get over that real quick because I knew that I had talent, but if I was too quiet to show it, the world would never know.”

After a chance meeting with a producer in Queens, NY, both the producer and Tamara realized that her voice was a force to be reckoned with and the world should hear it. That day she started her professional music career bringing her positive but edgy attitude through her music. Four years later, she now takes charge of more than the microphone with jingle/songwriting through ASCAP and acting as well as live performances at the Apollo Theatre, iMusic Festival, A3C Hip Hop Festival, Jerome Gun Hill B.I.D. Festival and Williamsburg music festival. Her strong stage presence always leaves the crowd in tears because Tamara commands the attention with her raw vocals and enticing melodies.

In 2012 Tamara released her debut EP “Unleashed” that ended up being featured on commercial on NBC TV. One year later, she released a single “Pull them Pants Up” and was then approached by a Boston Globe reporter who was doing a piece on fashion trends. One thing lead to another, and both Tamara and her song was featured in the article. These outlets helped Tamara reach hundreds of thousands of people. Although Tamara was no stranger to being exposed to that many people, being featured in countless blogs, shows and on radio stations, she was overwhelmed with gratefulness that she was chosen to showcase her talent.

In the Fall of 2013, Tamara released her latest EP and titled track “Living It Up”. Her inspiration behind the single was due to her frustration when going out to clubs and seeing people not want to have fun, dance or be entertained. She wanted to create music that will uplift the spirit and make you want to put that “stank on this beat” (lyric from “Living it up”).

Her highly anticipated album (which is due to be released in 2014) will have a blend of sounds ranging from Jazz to Rap, Uplifting to sad songs, and everything in between. Tamara is sure that this album will be well received by all. “EVERYONE of us has been through something, and we all heal through music one way or another. People experience pain, heartache, triumph, love, happiness, etc. regardless of your upbringing or beliefs. I just write about the good, the bad and the ugly; what real to me because that what’s people can relate to. This album is for the people”

This Brooklyn bombshell is full of character, personality, and passion. She has come a long way from dancing in the house as a 7-year-old girl. She knows where she wants to go and will continue to strive for her Grammy & Oscar, and then she’d be satisfied retiring with a bad hip and scratched vocal cords…until then, Look Out! We will definitely see a long and successful music career for Tamara Bubble and her entertainment company Tamara Bubble LLC, as her music continues to make its way on to dance floors, movie soundtracks, video games, and TV commercials around the world. #BubbleOnDeck

Connect With her at these social networking links