Los Angeles, CA; you will quickly realize that not all Karma is bad. Karma describes

her style as R&B sprinkled with a twist of Hip Hop and Soul. Since the age of 7,

which eventually led her to embark on her own music career. Appreciating music

from artists who may not be number one on the charts all the time, Karma notes 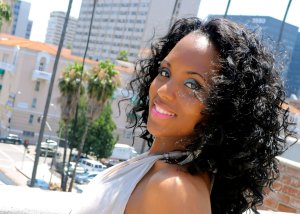 singers that came on the radio while she was growing up. Karma learned at an

she immersed herself in to Jazz, R&B, Soul, Hip Hop plus Pop music to help

cultivate a unique style all her own.

but building a solid music resume is another. With the goal to create music that

so than just an artist, Karma jumped feet first in to writing, singing & production.

Productions when she was a songwriter.

Karma has performed at a number of 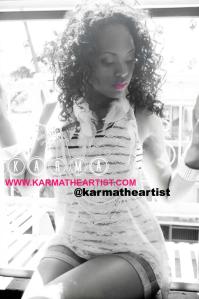